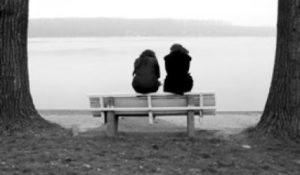 Before my best friend died, I didn’t know that grief could have a physical impact. After her death, I did not understand why I was feeling exhausted day after day. I had always thought a ”lump in the throat” was a metaphor, until the day I had to stop jogging because that lump was literally preventing me from breathing. It took me a while to figure out I still needed to eat, even when not feeling particularly hungry.

Before she died, I did not know I would feel guilty about being sad. I had lost my friend, but her husband had lost his wife and her children had lost their mother. For quite a while, I told myself that their loss was so much greater than mine and I should quit feeling sorry for myself. I eventually learned that grief is not a competition, that I could lean on other friends for support, and that I could help her family by acknowledging how much we all loved and missed her.

I learned after her death that grief is messy and confusing, and doesn’t necessarily follow a set pattern, or a specific series of stages. I was surprised to experience moments of laughter amidst the sadness. Before my friend died, I assumed that one “got over” a death after some specific period of time. I did not know I would still be hit with pain randomly at odd times for quite a while.

Before I worked at Montgomery Hospice, I did not know that people spend their careers studying and researching grief. And that others spend their days working with people to educate them on how to move through grief in order to heal. I had not known that although many of us stumble our way through loss, others need more help. I now know assistance is available through books, in support groups, and through one-on-one sessions with trained counselors.

As much as I’ve learned, I do not presume my experience is identical to any other’s. Dr. Earl Grollman, educator and author, wrote “[everyone] hurts differently. There is no way to predict how you will feel. The reactions of grief are not like recipes, with given ingredients, and certain results. . . . Grief is universal. At the same time it is extremely personal. Heal in your own way.”